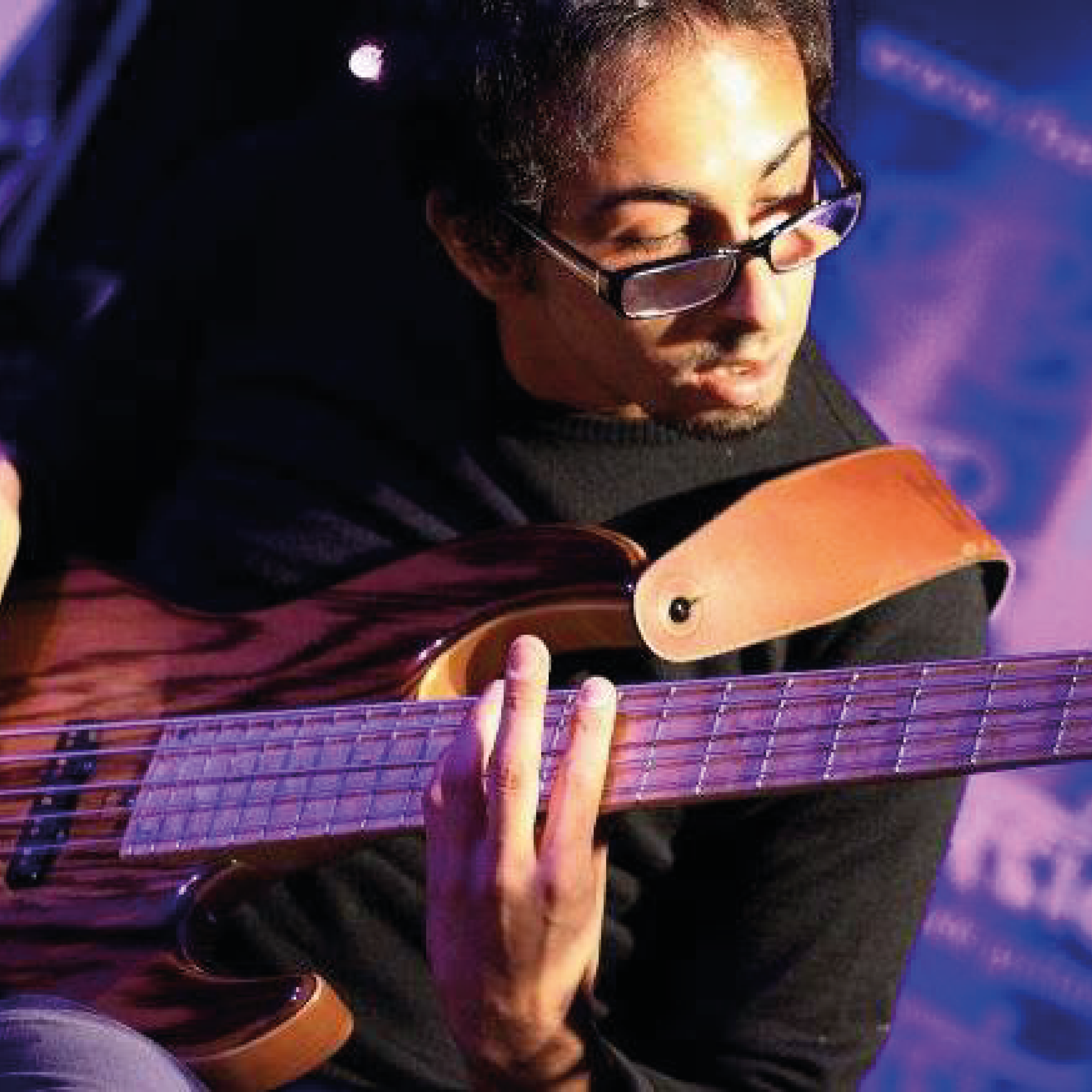 He graduated with honours in double bass jazz at the Musical Institute V. Bellini in Catania. In 2012 he wins at the finals of the international contest “Zagreb Guitar Show – BASS MASTER” in the category given to emerging bass players, held in Zagreb, Croatia.

He originally started his musical path studying guitar, after which he fell in love with electric bass and perfected it. Later on he studied classical music with double bass with M° Nello Nicotra, but interrupted these studies to pursue jazz.

In 2010 he participates in the very important experience of the musical with Eva Duarte Company with Marco Savatteri as director, with whom he made, both as musician and musical director, more than 5 different shows, published and unpublished, starting with a cast of more than 40 elements (80 in the case of ” La chiamavano Evita Peron “) to perform in a tour that started in Agrigento, in Sicily, and then went on to play in Rome, New York, Berlin and Sao Paolo.

As of 2011 he starts studying electronic music. He falls in love with studio work and dedicates his time daily to sound design and production. He divides his resources between continuous training on the instruments and the study of harmony, always devoting much time to research and experimentation. In 2016 he joined the GoodLab Music group, the creative workshop conceived and supervised with great dedication by the Maestro Paolo Buonvino. Over a period of 8 months, he works on two television programs and other collaborations (“Chiedi a Papà”, INDIGOfilm production, broadcasted on RAI 3 and “Coppie in Attesa 2” conducted by Ambra Angiolini, in prime time on RAI 2 – produced by Stand by me), as producer/composer, sound designer and musician.