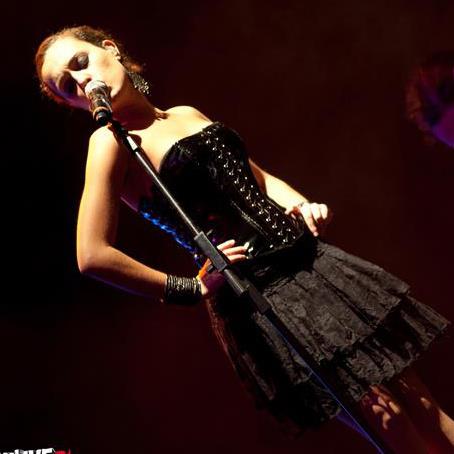 Born in Catania in 1989, already as a child she expresses particular attention and liking for all that belongs to the music world; she studied piano and singing reaching a respectable musical training. Her talent for singing allows her to explore different musical genres, from pop music to light music, from sacred music to ethno-folk to jazz music.

Since 2006 Simona has been singing on a regular basis with the group La Compagnia d’Encelado Superbo as a solo artist. She participated with this group in the radio show DEMO on Rai Radio 1, conducted by Michael Pergolani and Renato Marengo, and recorded the album “Terra di Vento” and “Presepi d’Amuri”. In 2007-2008 she collaborated with the percussionist Alfio Antico with whom she participated in tours in Belgium, Austria and Italy.

As of 2009 she devotes herself to teaching singing and thus founds and directs  il Coro di voci bianche “Incanto” formed by 30 children. In 2010 she participated in the XI Festival della Canzone Siciliana broadcasted on Antenna Sicilia, with the song “Amuri chi Veni, Amuri chi Va” written by Tony Canto and Lello Analfino.